HomElectrical.com > HomElectrical Bright Ideas
> How to Cool an Older Home (Without Window Units)

How to Cool an Older Home (Without Window Units)

Older homes offer a lot of charm, but unfortunately many do not use a central HVAC system, making you wonder how people in the olden days survived without AC. Luckily, some HVAC methods require no ductwork and can efficiently replace those pesky window units.

A central HVAC system cools air at a central location and distributes it through rooms using fans and ductwork. Many modern homes come built with a packaged air conditioner and ducts, but installing this type of system in a home originally built without ducts costs too much for most homeowners. Install a central system that fits the existing framework, or install a split system instead. Read our guide to learn the best way to install an HVAC system without sacrificing space or aesthetics.

Step 1: Research the Pros and Cons of Each Type of System

A high velocity HVAC system uses a compressor or heat pump and 2-inch ducts to circulate the air. Fear not, these ducts cost less to install than traditional ducts and fit existing framework. This means you don’t have to pay a fortune or rip up the house.

Although convenient, this system comes with cons. Just like with traditional ducts, up to 30% of the air can get lost in the duct due to leaks, holes, and poor connection, however, sealed tubes can prevent some of this leakage. Additionally, high velocity HVAC systems do not create zones, forcing the whole house to stay at one set temperature.

Geothermal heat pumps use the heat energy underground, rather than gas or electricity, to heat the home. Installing ground loops underground or underwater allows refrigerant to circulate through those loops and absorb geothermal energy. A variety of ground loop systems work in different climates, soil conditions, land sizes, and environmental regulations. Read here to learn more about geothermal heat pumps.

A mini split system uses an outdoor compressor and pumps refrigerant to one or multiple indoor air handlers, typically wall-mounted, that blow air to each room. Ductless HVAC systems, such as mini splits, lose no energy to inefficient ducts and allow for multiple zones.

Fun fact: Depending on where you live, you may be eligible for a rebate for installing a ductless system!

While mini-splits allow for separate zones, they only heat or cool the rooms with designated air handlers.

On top of this, cost remains the biggest downside of a mini split system. On average, a mini split system costs 30% more than a standard central system. However, over time these systems pay for themselves, as the high-energy efficiency offsets the initial cost.

After learning the general pros and cons of each system, apply them to your home. Some homes work best with a high velocity system while others best utilize a mini split system.

High velocity systems take up more space since they require a suitable place to store the air handler. Keep in mind that the ducts must run throughout the house, which might disrupt the existing structure. High velocity systems can cool an unlimited number of rooms, making this a good system for large homes.

1. Use a fan. Fans cool bodies without lowering the temperature, tricking people into feeling cooler than what the thermostat reading says. In the winter, reverse the direction of the fan to make people feel warmer.

2. Use a dehumidifier. Drier air feels cooler than humid air, even when the temperature stays the same.

3. Close the blinds or curtains. Glass windows let in a lot of sunlight and heat in the summer and cold air in the winter.

4. In the summer, limit use of heat-giving appliances such as ovens.

Ditch those window units and switch to an efficient system to heat or cool any older home. Shop HomElectrical to find all the HVAC products that provide maximum comfort while saving space. 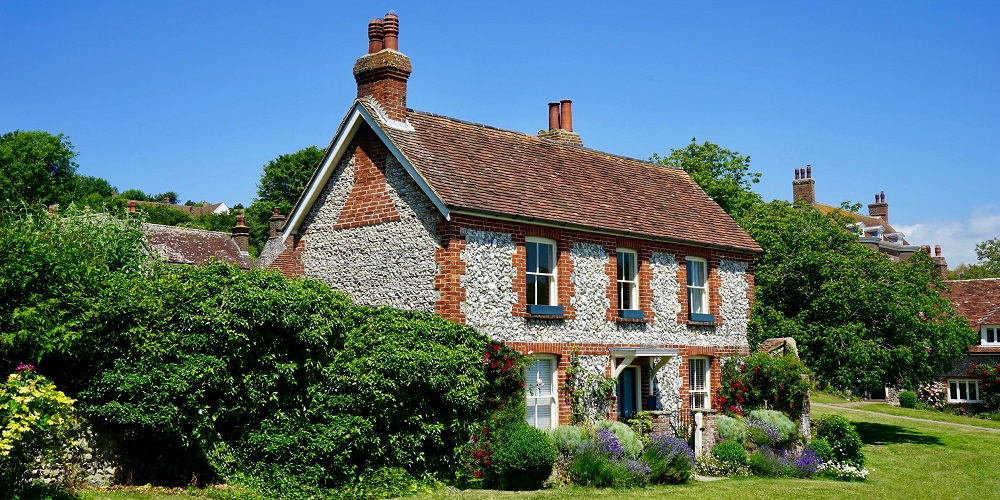 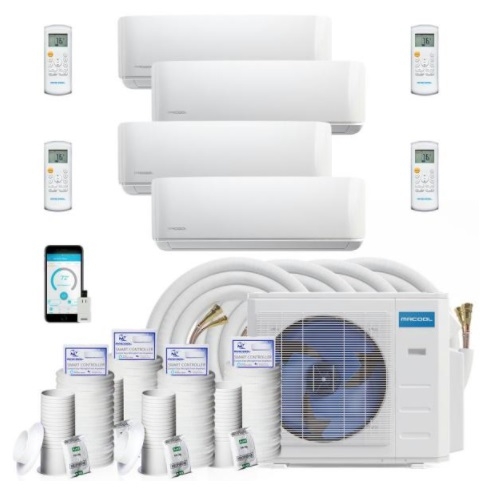 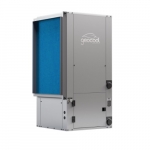 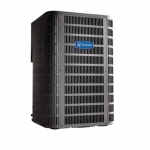 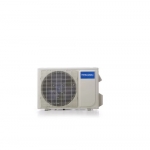 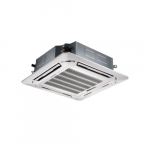 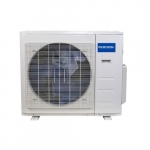