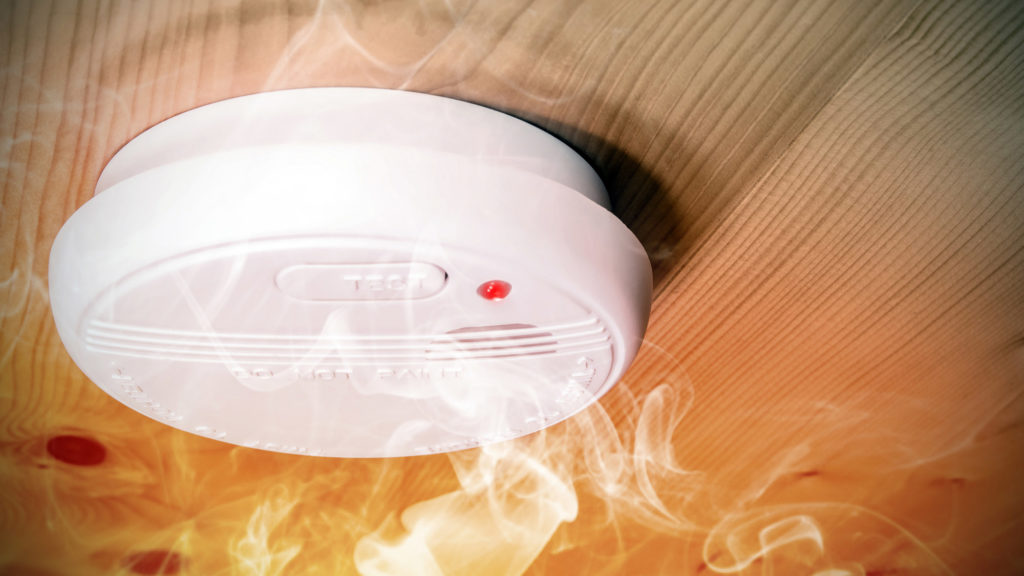 Why do we need Smoke Detectors?

Today most households are equipped with smoke detectors, but what most people don’t know is that 60% of U.S. homeowners have smoke detectors without fully functioning batteries. Two-thirds of all home fire deaths happen in homes with either no smoke alarm or no working alarm. Why don’t the alarms work? Well, it’s mainly due to missing or disconnected batteries. No power, no alarm. There might as well not be a smoke detector.

Smoke detectors have become such common house hold appliances that it is easy to forget that they’re there for the protection of the occupants and that they require maintenance like any other device, but they are and they do. When smoke detectors are present and functioning, the risk of dying in a house fire is cut in half, but when they are not the risk of a fire related accident is much greater.

The risk of dying in reported home fires is cut in half when working smoking detectors present in the home. Today, 92% percent of U.S. homes have at least one smoking detector but the smoke detector is functioning in only three-quarters of these homes. 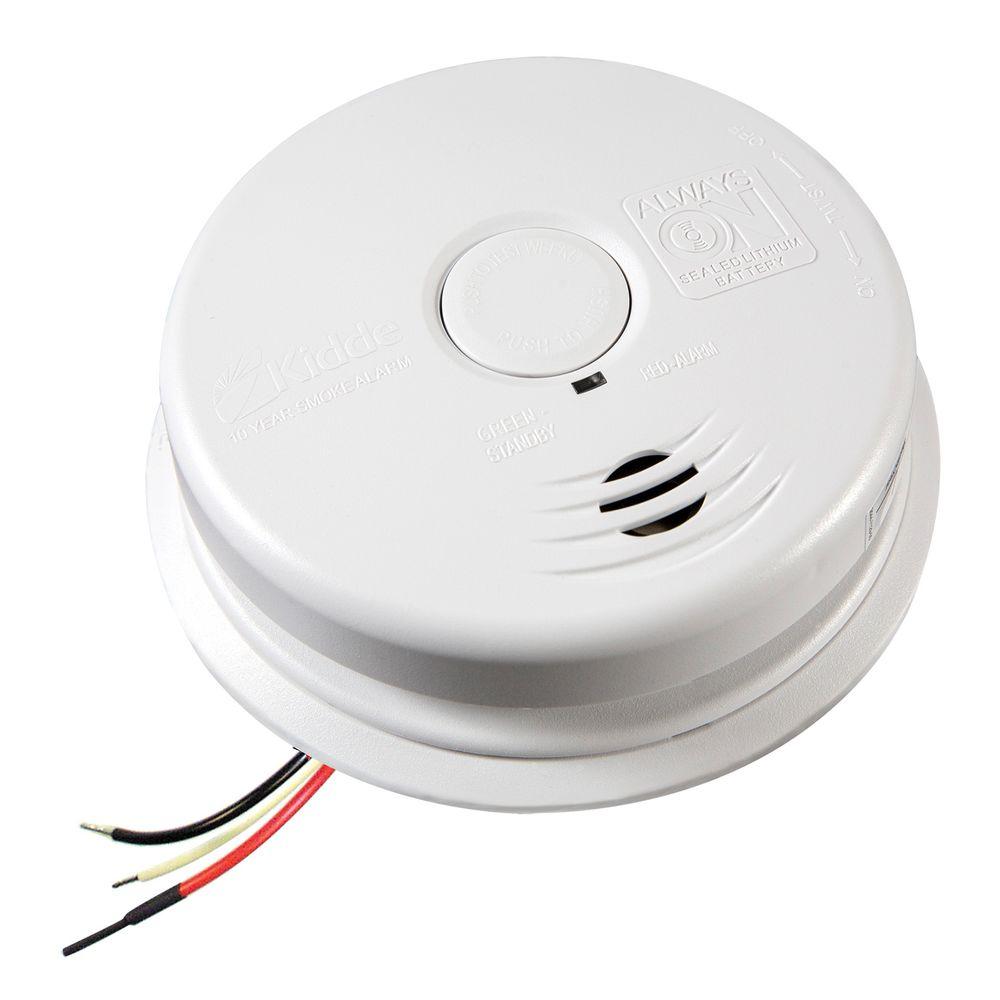 However over the past few years, there have been some steps taken to reduce nuisance alarms. There are now hush features and refinements have been made to installation rules that include guidance on safe distances from nuisance sources.

How to care for your Smoke Detectors

The Nation Fire Protection Association (NFPA) has provided a list of important smoke detector safety tips to ensure that your smoke detector is providing you with full protection:

Smoke detectors can also be interconnected now, meaning that if one smoke alarm goes off the rest of the smoke detectors in the house will go off for your protection. Smoke detectors save lives but they need to be maintained to work properly. Take the time to check your smoke detectors regularly and have a plan in case of a fire. 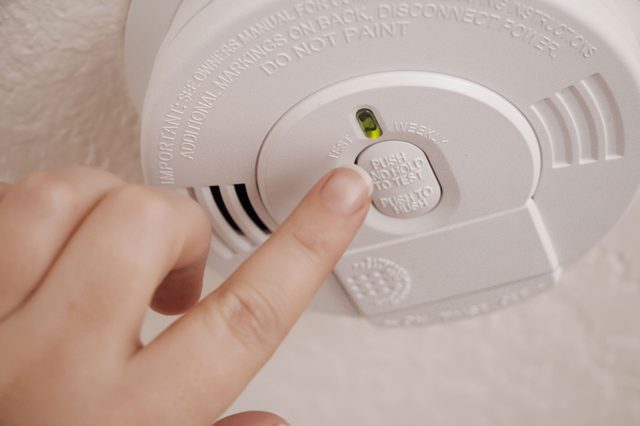 The National Fire Protection Association (NFPA) recommends that a smoke detector be installed in: 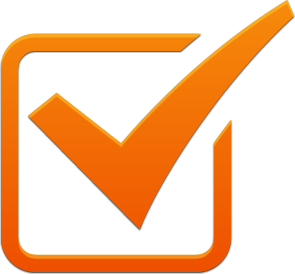 Smoke alarms can also be interconnected with other types of alarms, including carbon monoxide alarms.

Carbon monoxide alarms detect dangerous levels of CO in the air. Carbon monoxide (CO) is colorless, odorless, tasteless, and toxic. It can be fatal if exposure is prolonged.

Interconnecting fire and CO alarms provide protection from both potentially dangerous situations; if any CO or methane is present, all alarms will sound and vice versa. The interconnected systems will provide the quickest and most effective protection against fire, CO, and methane.

The most effective alarms are those that are powered through direct wiring or plugging in, but it is also recommended that you have a backup battery for protection during power outages. The backup battery ensures that even if the electricity goes out, the device will still sound in the event of a fire.

Cigarettes do produce smoke and carbon monoxide, but they do so at such a low level that is is unlikely that it will set off a smoke detector.

Will steam trigger a smoke detector? 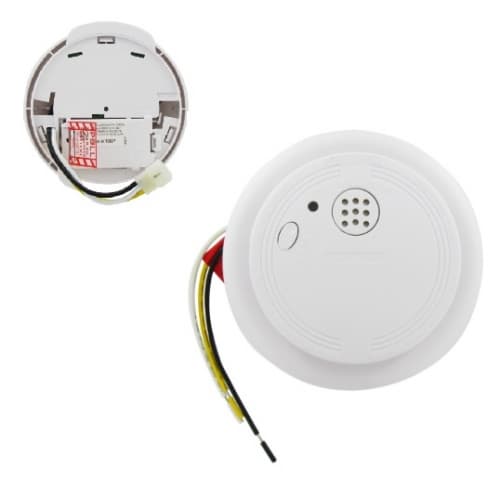 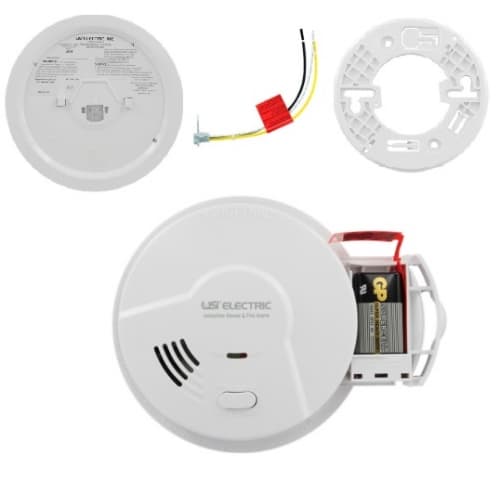 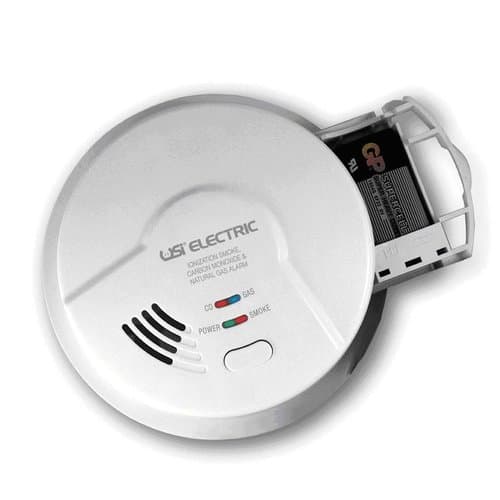 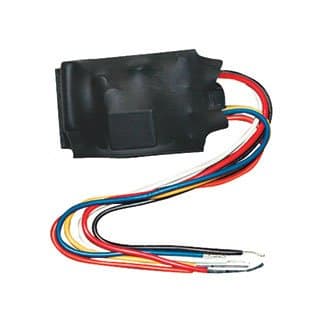 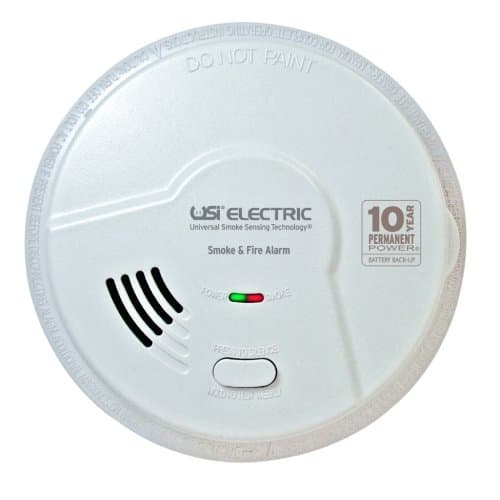